The Next Gen of Augmented Reality


A very well made video envisioning the future of Augmented Reality in future how google glass or hololens will be like if the devices are perfect.

HYPER-REALITY from Keiichi Matsuda on Vimeo.
Digitised by J at 1:47 AM 1 comment:

Pixar Animation Studio's latest Theatrical Shorts, Piper. Showing a young sandpiper learning how to hunt its own food without her mom's help.

Time to work out something with these. 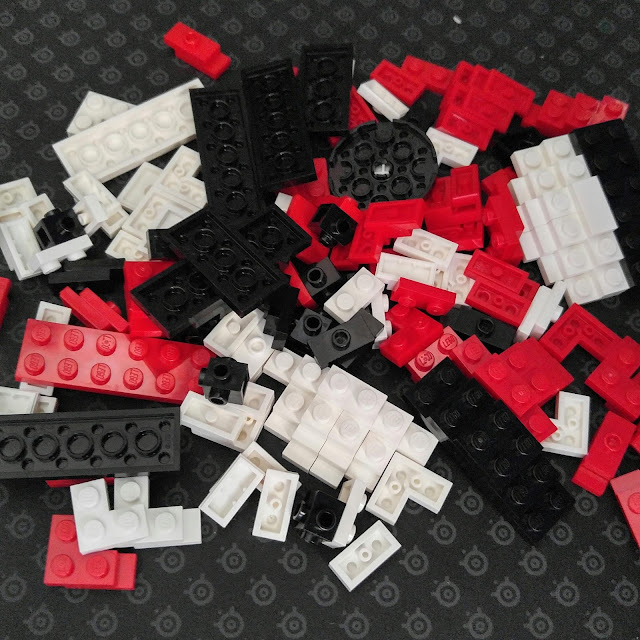 Time to have some fun time with it.
Digitised by JohnnY at 9:47 AM No comments:

Nintendo has finally revealed the new console after Nintendo Wii U. Their next gen console, Nintendo Switch, was reported that it runs on Nvidia Tegra processor and perform comparable or better than Ps4 and XBox One. Its very interesting that such a slim and small profile device can bring such monster performance power? We shall wait for Nintendo to reveal more details in the later weeks.

Probably would attend the concert if it was available in my country. Such amazing piece of music composed byYoko Shimomura.

From the video, it seems that its more of a social platform which requires you to login your fb profile.
There are still chance people would still go for Carousell to remain anonymous.

For the Lego Fans to wants more flexiblity

Just backed this project because I want more flexibility of creating stuff compatible with Lego.
Can't wait to try out soon.

Here's the link to the Kickstarter page.
Digitised by J at 7:20 AM No comments:

Dragon ball Z hope of light teaser trailer is out!

Check out the latest teaser!

For those who are not familiar with Dragon Ball Z : Light of Hope, it is a live action web series that was released 1 year ago from an independent filmmakers Robot Underdog. The day it was first released, it went viral and people are commenting the closest to Dragon Ball that can be compare to other live action movies.

They decided to get crowdfunding for the next 2 episodes and was funded successfully in 2015. Episode 2 will be twice as long and with more intense fight.

Digitised by JohnnY at 1:08 AM No comments:

Can you fold the paper more than 7 times?

Have anyone told you that you cannot fold a paper more than 7 times? Yes? How about using hydraulic press? Will it fold?

Digitised by JohnnY at 12:47 AM No comments:

Mirror Mirror on the wall.

Bookedmark as one of my future hobby project. I have actually did some research on trying to find out what material should I get. The only concern me is the 2 way mirror which I think it might probably quite hard to get in my country. It probably cost me alot for getting the mirror as well.

Digitised by JohnnY at 12:33 AM No comments:

After 1 year of waiting, Microsoft Hololens has finally out in the public for developers for a whopping price of $3000. Currently its only for developers who are residing in US and Canada. Its kinda steep for me and I hope the price will lower down for public and more affordable price point for developer in future.

Digitised by JohnnY at 1:09 AM No comments:

Yes! My 100th post! I started blogging since 2008 and never to know I will be posting until now. I hope I can carry on this blog as far as I still have the interest. I will put a bit more time trying to come out something interesting at least every month if I am super busy. Meanwhile back in my head I have plans to put out my works which I have planned for 2016 onward, so stay tune!
Digitised by JohnnY at 12:27 AM No comments:

Photography Hobbyist can now rejoice as there are finally a decent photography Software beside Lightroom. A German company who developed Snapseed mobile app was bought by Google in 2012 and today Google decide to give the software for free. So what are you waiting for?

Here are some Tutorial links

The new technology has finally arrived... a year late.

Nike will be coming out these adaptive shoes soon. Sure it will be cool but in terms of comfort and functionality, would it be beneficial for the athletes?

Digitised by JohnnY at 12:10 AM No comments:

Stack Overflow has conducted a very interesting survey about around developers. I used to be frequent visitor, but have not come back since I started on my new job. (including my blog) I have been working more towards analytics and data. I hope I got the time to work on it and improving myself and get more motivation in Stack Overflow.

Digitised by JohnnY at 12:28 AM No comments: